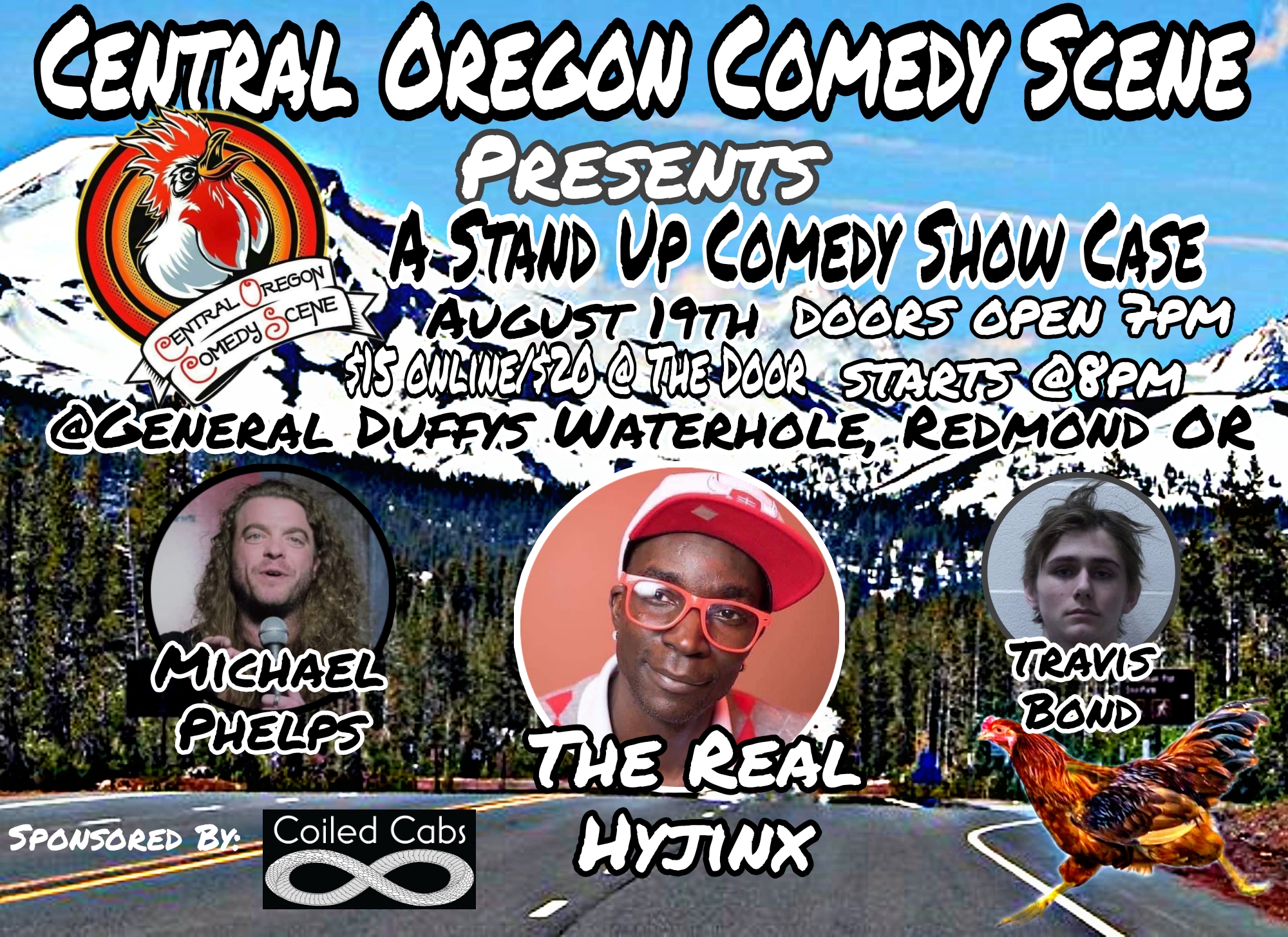 General Duffys Waterhole has become the best place for Comedy In Redmond OR and is getting known as comics favorite venue from all over the wet Cost to other states, and C.O.C.S. is very proud to call that our main home for bringing the best upcoming comics to Central Oregon!

This week we have Travis Bond, he is a 19 year old from Prineville OR, who started doing Comedy & improve because it was better than running track. He has sold out rooms filling 170 people and turned people away. He did the same with a 80 seat show case. Him and his friends have been setting up shows sense he’s not allowed in bars and needs a place to perform. We are very happy that he is now appart of the COCS family!

Michael Phelps is a comic from portland who works in homeless shelters and he also has made a fun comedy home at My Fathers Place Dinner and Bar for one of the best open mics in portland. He also was here during the Redmond Comedy Festival, and absolutely crushed!

The Real Hyjinx runs several shows cases throughout Portland OR, hosts two open mics with his wife DJ Wild Child. He also runs the All Black Portland Comedy Festival every year. Hijinx was our first headliner at Duffys back in early January which he still talks about crazy stories he had happen in Redmond and that still lasted for months with all the comedians in Portland. Come listen to those crazy Stories this August 19th!

(This is put on by a very inclusive group, but if your offended thats because your at a comedy show, and even though we take pride in our booking abilities we allow comedians to practice the first admendment)