A Stand Up Comedy Show Case 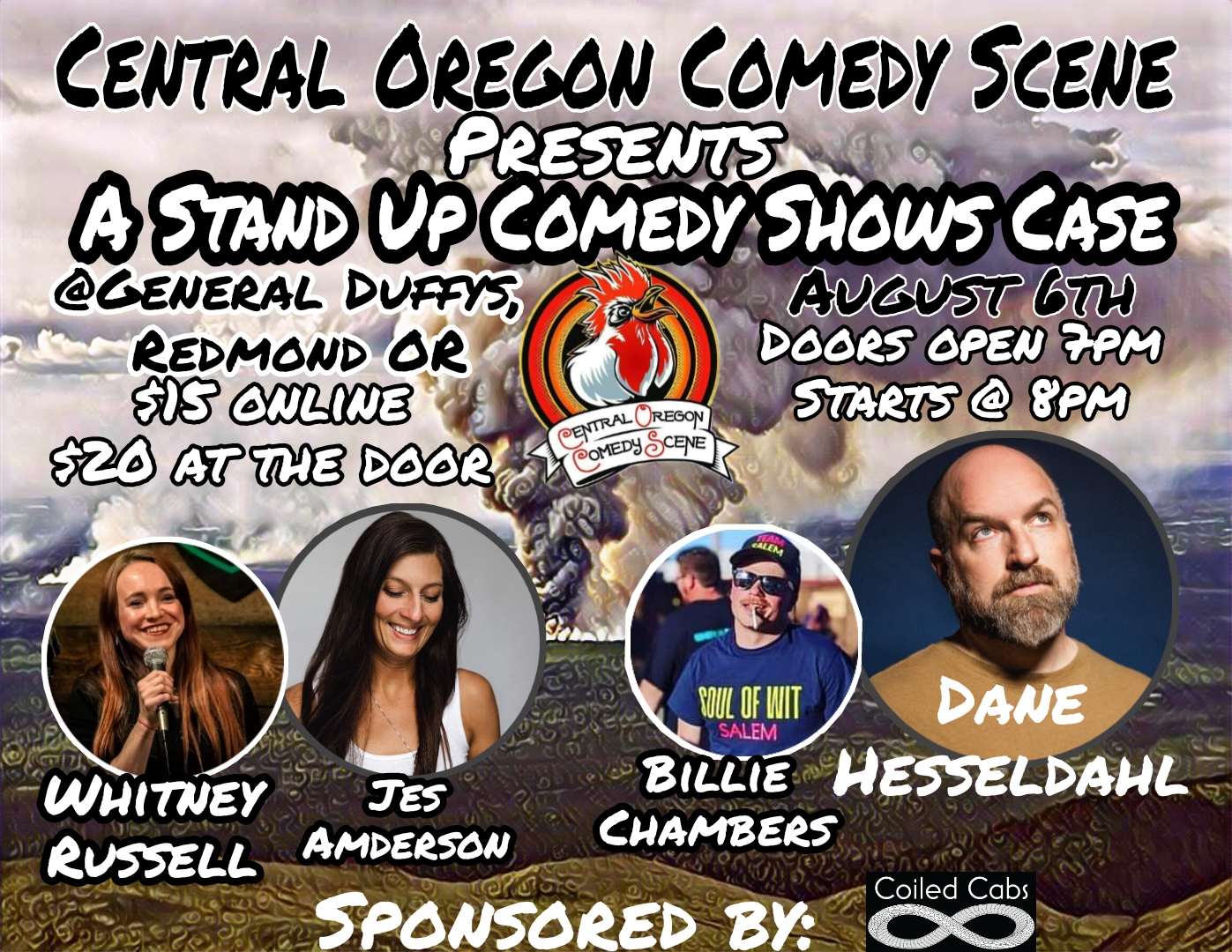 A Stand Up Comedy Show Case

We have our local Whitney Russell, if you find googly eyes anywhere in Central Oregon, she probably placed them there, she has a pan style of comedy.

Jes Anderson is a Comedian from Everett WA that is an up-and-coming comic dedicated to sharing her crazy life with the world. Raised in the heart of Appalachia and currently living in Dupont, Washington, she squeezes stories and curious observations out from the rocks of her experiences. She has two, soon to be teenage children, who she is co-parenting with her one, soon to be ex-husband. By day, Jes manages a Montessori preschool, by night she can be found chasing her dreams one stage at a time. Jes is as twitchy as she is funny. Jes was selected to be included in the 16th Annual NW Women’s Comedy Festival. With a profound disregard for rejection and a unique brand of confidence she loves to sway, perform and entertain groups of all sizes and can also lend a special flair to MC your next event.

Billy Chambers is a stand up comedian from Salem OR who is a ball of sass that makes fun of every type of person! his humour has a roast vibe to it, even when you didnt ask for it!

Dane Hesseldehl is a stand-up comedian and comedy club owner from Seattle, WA. He performs and bars and clubs all over the northwest. He likes witchcraft and thinks you should too. Follow him on Instagram for blurry pictures of his dogs.