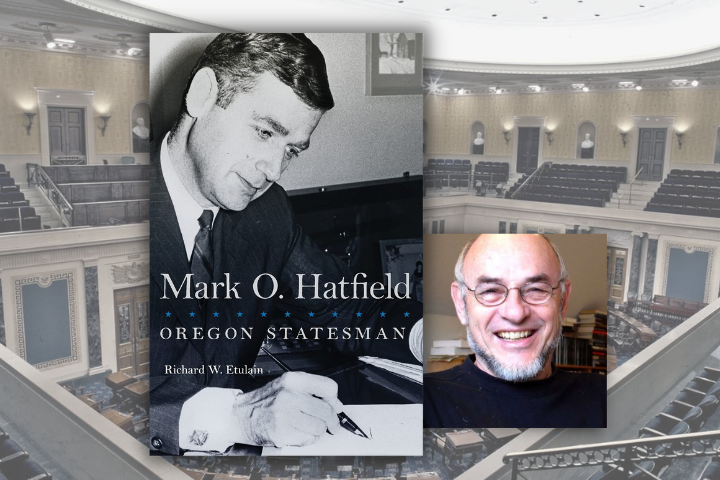 Learn more about one of Oregon’s most notable political leaders.

This is an in-person program. Masks are recommended at all in-person library events.

Utilizing dozens of slides Richard W. Etulain will trace Mark Hatfield’s career as an Oregon legislator, secretary of state, governor, and U. S. senator who never lost an election in his entire career and remained popular as a Republican leader in a state becoming increasing Democratic.

Etulain will also cover Hatfield’s push for middle-of-the-road positions on such controversial issues as strong or less strong central governments, contentious environmental issues, and land and water policies. Throughout the presentation you’ll learn more about Hatfield’s personal life, his marriage and family, and his religious views. This is a sympathetic treatment of a notable Oregon political leader.

This program is in partnership with Deschutes County Historical Society.