Online Only: “Daughter of a Lost Bird” Live Q&A 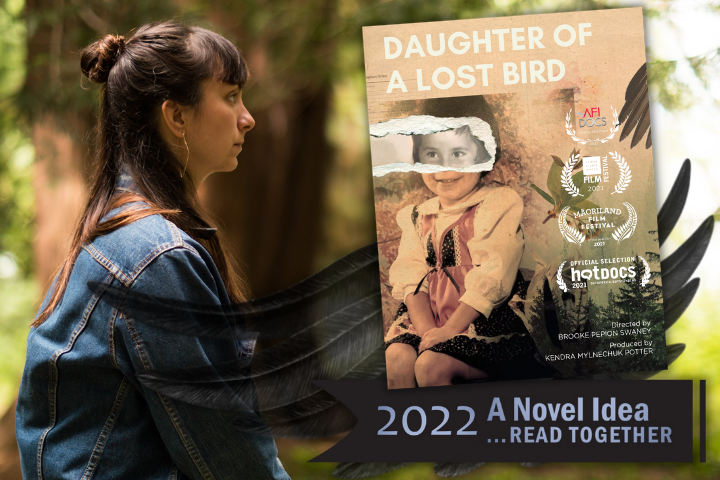 Online Only: “Daughter of a Lost Bird” Live Q&A

Participate in a live Q&A with the director and subject of the Documentary Daughter of a Lost Bird.

This is a live presentation.

Join the Q&A by registering through Zoom here:
https://us06web.zoom.us/webinar/register/WN_M888VbV9RKqM67uDr4Pu9g .

Summary courtesy of Women Make Movies: The documentary Daughter of a Lost Bird follows Kendra, an adult Native adoptee, as she reconnects with her birth family, discovers her Lummi heritage, and confronts issues of her own identity. Her singular story echoes many affected by the Indian Child Welfare Act and the Indian Adoption Project.

The documentary Daughter of a Lost Bird explores ethics surrounding Native American adoption via a singular story as an entry point into a more complicated national issue. In many ways, Kendra Potter is a perfect example of cultural assimilation, a modern representation of the painful phrase, “kill the Indian, save the man.” She is a thriving woman who grew up in a loving, upper middle-class white family, and feels no significant loss with the absence of Native American culture or family in her life. And yet, as a Blackfeet/Salish woman, director Brooke Swaney could not imagine that Kendra could be content or complete without understanding her heritage. So together they embark on a 7 year journey.

After 34 years apart, Kendra finds her biological mother April and they meet face-to-face in Portland, Oregon. The film, both instigator and follower, documents Kendra on her journey to reconnect with her birth mother April, also a Native adoptee, and returns to her Native homelands. April Newcomb is a woman who has done a lot of work to heal. Her childhood was marked by physical and emotional abuse at the hands of her adopted father, causing her to leave home at 15. After years spent lost in addiction, on and off the streets of Portland, OR and three years trapped in sex trafficking, she found the strength to escape and seek a better life. We watch both women navigate what it means to be Native, and to belong to a tribe from the outside looking in.

Through Kendra and April’s unique experiences of growing up without knowledge of their heritage or tribal affiliation, we learn with and from them as they explore elements of their biological ties. The viewer learns, along with the women, of their inherited cultural trauma as well as some of the beauty of the Lummi ways neither knew while growing up. It’s a turning point for them both. A year after the reunion in Oregon, Kendra ventures for her first time to Lummi to experience the Stommish canoe races with April, see Lummi Island, hear from a tribe, and meet a family she never knew. They are both saddled with a new identity, unsure of how the story unfolds.

KENDRA MYLNECHUK POTTER (Lummi) – Producer: Kendra is an actor whose performances can be see in CHRISTMAS UNDER WRAPS (Hallmark), 2 DAYS IN NEW YORK, NATIVES (SXSW 2013), and OK BREATHE AURALEE (Sundance, 2012, Best Actor NBC/Universal Short Cuts), THE BLACKLIST (NBC), WINTER IN THE BLOOD, WE BURN LIKE THIS, and COPPER CITY. In addition to her work on film, Kendra is a theatre artist, writer, and educator. She is co-founder of MT+NYC Collaborative, a cross country theatre company based in Missoula, MT. The Buffalo Play, which she co-wrote with Ciara Griffin, premiered at The Tank in NYC in 2019. She supports people’s search for identity and storytelling in workshops, retreats, and classes through both the MT+NYC Collaborative and her business Sistermoon Wellness, where she works as a birth doula and yoga instructor. This is her first time stepping behind the camera.