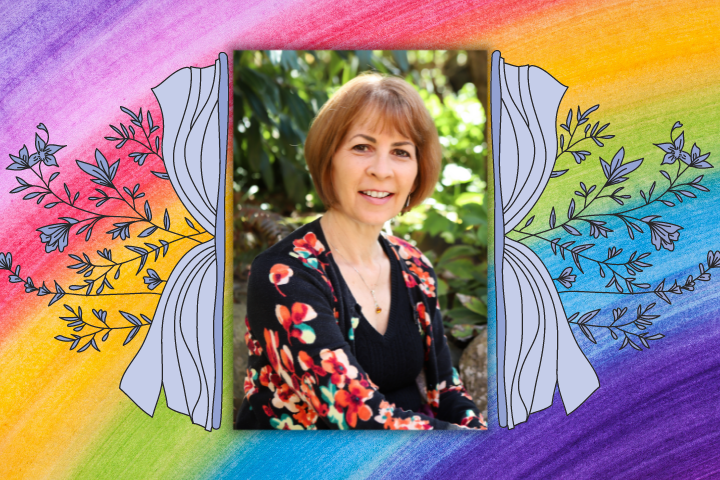 Explore identity in this poetry workshop focused on self-portraits.

This is an in-person program. Registration is required.

This workshop will have an emphasis on LGBTQ+ and gender identity, offering an exploration of the history of the time within these topics. The poetry writing will be partnered with a self-portrait guided exercise that allows students to create their own writing piece and portrait that feels real and honest to their own identity.

In partnership with ‘Teatro Milagro, the Latino Community Association, and COCC, OUT Central Oregon is putting together a multi-day event: “presenting a video play about the Spanish poet and playwright, Federico Garcia Lorca, and using poetry in workshops to explore community issues related to Latino and LGBTQ+ community members.”

Malán co-founded the Milagro Theatre with her husband, Jose Eduardo Gonzalez. In 1989 she created the bilingual touring program, Teatro Milagro, which tours nationally to schools, colleges and universities. Ms. Malán researches and develops script ideas and works with playwrights, directors, composers and choreographers for the creation of many of the productions. She has also written several bilingual scripts for Teatro Milagro, which include Cuéntame Coyote (2005, 2014) and FRIDA, un retablo (2006, 2013). For several years she also managed and performed with the Milagro Bailadores, Miracle’s pan-Latino dance troupe. For Milagro she has collaboratively designed and implemented curriculum for K-12 schools and colleges and has presented at various workshops, conferences and college campuses around the country. Malán also co-founded OYE, Opciónes Y Educación, a Latino sexual health coalition with Multnomah County Health Department. Malán received her BA in Theatre Arts from the University of California, San Diego and her MS in Curriculum Instruction from Portland State University. Currently, she serves as a Commissioner representing Multnomah County on the Metropolitan Exposition and Recreation Commission.